So it appears you were reading the Federal Rules of Civil Procedure and when you got to Rule 3 – Commencing an Action you came across the Civil Complaint Forms section of this website before finding this page.  Clicking on any of the screenshots found throughout this page will enlarge the image.

Step One:
Find the Right Courthouse.

At the top of page one of the official Complaint for a Civil Case form, you’ll see this:

To find out which district court is nearest you, use the

Next, the civil complaint form provides the complainant with the option as to whether or not they want a jury trial: 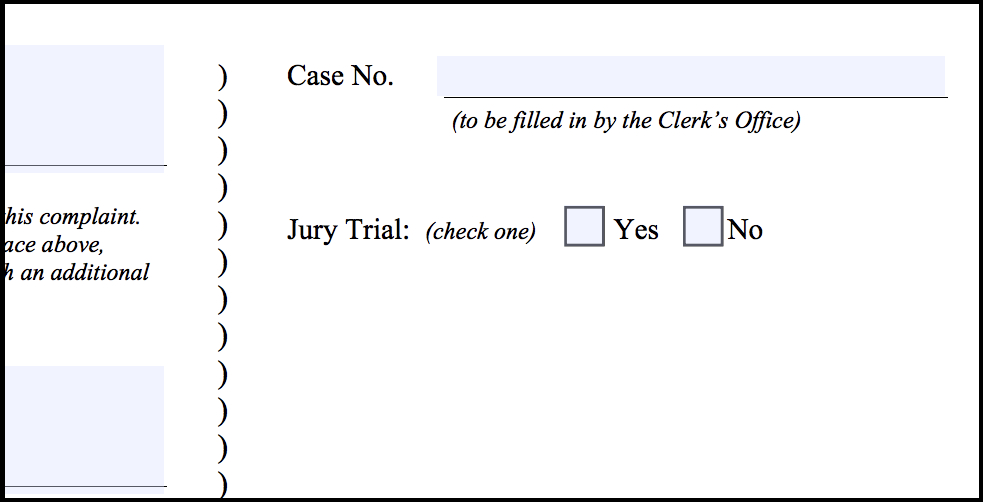 To help you decide whether or not you’d like to have a jury trial or a nonjury trial (a trial before a judge known as a “bench trial“):

Trial by Jury – what to know

Within the pre-trial case building section of this site, you likely filed some records requests which helped you to identify the various natural persons, artificial persons, and other organizations directly and/or indirectly involved in your case who may be potentially listed as defendants.

Screenshot of Bottom of Page 2 and Top of Page 3 on the Civil Complaint form: 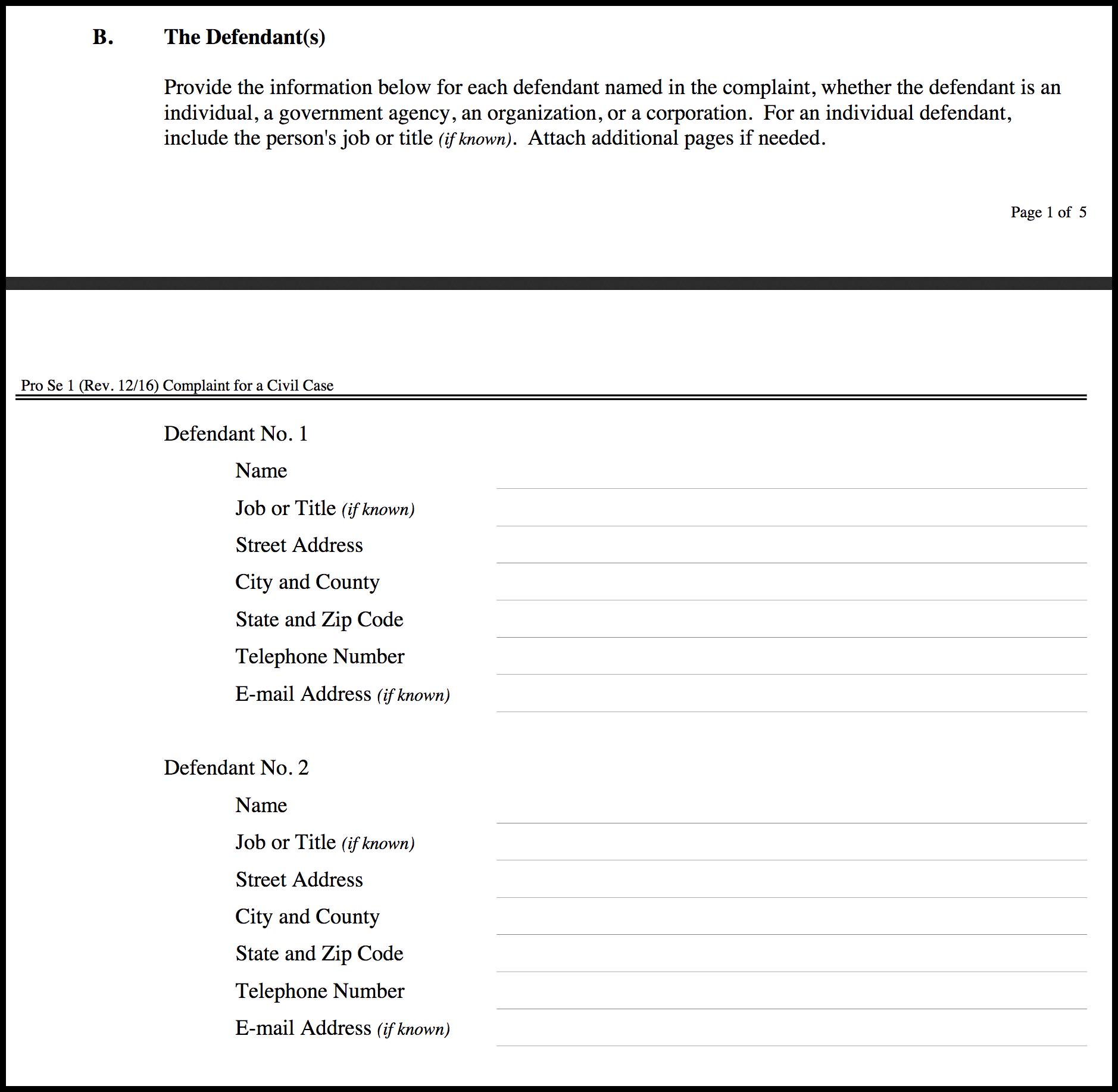 At the top of page 3 of the of the civil complaint form we find the next part that merits explanation.  Federal courts are courts of limited jurisdiction (limited power).  Generally, only two types of cases can be heard in federal court cases involving a federal question and involving diversity of citizenship of the parties.  Screenshot from civil complaint form:

Federal-Question Jurisdiction – the exercise of federal-court power over claims arising under the U.S. Constitution, an act of Congress, or a treaty.  Federal laws are generally codified within the United States Code (see Types of Crimes and corresponding laws).

Diversity Jurisdiction – the jurisdiction of a federal court over all civil actions involving diversity of citizenship (wherein the parties involved are from different states (or foreign states)) and the matter in controversy exceeds the sum or value of $75,000, exclusive of interest and costs.

On page 4, under section “B. If the Basis for Jurisdiction Is Diversity of Citizenship” (shown on page 3), you will see reference to the “amount in controversy”, as shown:

To find the “amount in controversy, you will need to assess the damages, or “how much money is owed to you in order for you to recovery from your losses.”  There are many legal terms to become acquainted with when referencing damages; it is best to simply go through them all and write down all the types of damages that might apply to your case; to help with this, we’ve organized all the definitions you will need onto one page: