Right of First Refusal
Must Be Offered to Existing Owners:

First, we’d like to clarify that the only reason we’re using the term “Indian” is because it is a recognized legal term within Constitutional Law.

That said, Indian Landowners who hold shares of land in common with fellow landowners (usually relatives) are reporting that shares of land from fellow landowners are being privately purchased without right of first refusal and “consent” being offered to current owners as required according to 25 U.S.C §2204(a)(2)(A) and (b)(1).  Reports include that land purchased via the land consolidation program (aka land buyback program) associated with the Cobell Settlement are not being done in accordance with 25 U.S.C §2204(a)(2)(A) or (b)(1) — see full code & explanation below.

The Dawes Act of 1887, also known as the General Allotment Act or the Dawes Severalty Act of 1887, authorized the President of the United States (Grover Cleveland at the time) to survey tribal land & divide it into allotments for use by individual Indians (160 acres for head of families; 80 for single adult males, 40 per child).  Those who accepted allotments & lived separately from the tribe were granted U.S. citizenship. [1] 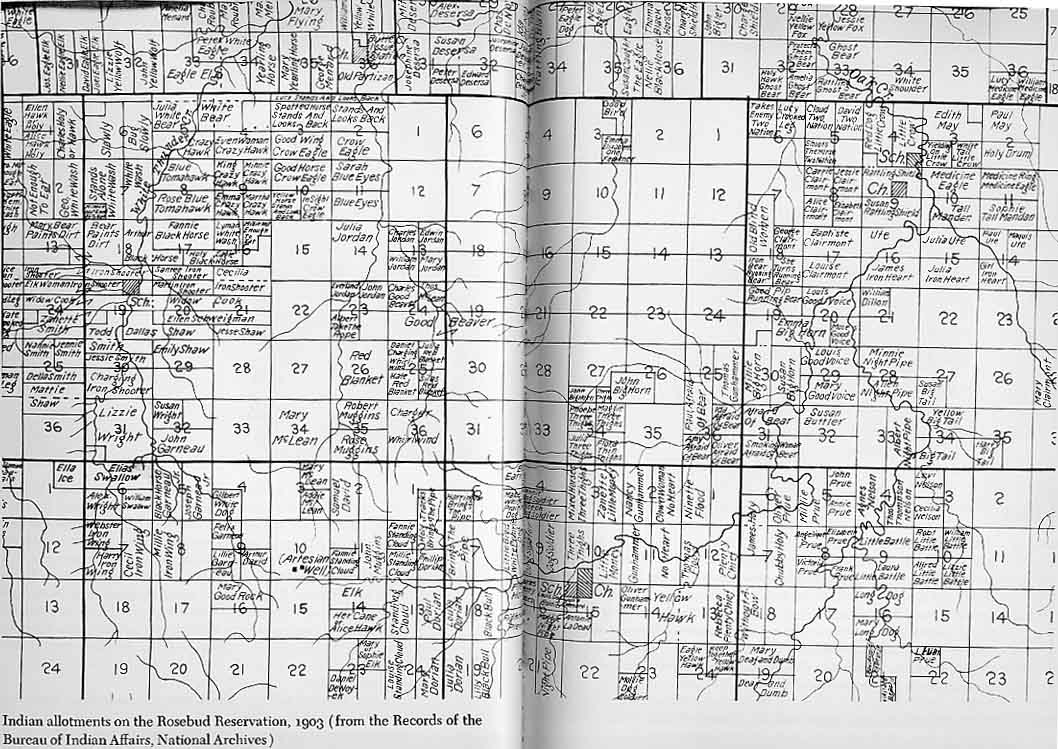 Above map archived at the University of California, Irvine, utilized here in accordance with Fair Use.

When an allottee died, title ownership was divided up among all of the heirs, but the land itself was not physically divided.  As such, each Indian heir received an undivided interest in the land.  Now, as each generation passes on, the number of owners grows exponentially, which has resulted in the highly fractionated ownership of much Indian land today. [2]

1. An interest held under the same title by two or more persons, whether their rights are equal or unequal in value or quantity. – Also termed undivided right; undivided title; fractional interest.  See tenancy in common.” [3]

1. Ownership right to use and possess property that is shared by two or more co-owners. No individual co-owner has an exclusive right to any portion of the property,” [4]

1. A property’s joint ownership by 2 or more unrelated or related bodies in equal or unequal shares. [5]

“The central characteristic of a tenancy in common is simply that each tenant is deemed to own by himself, with most of the attributes of independent ownership, a physically undivided part of the entire parcel.” [6]

One Allotment
Hundreds of Owners:

Today, parcels with fractionated ownership can have hundreds or even thousands of owners.  With so many owners, individual income from the land is minimal – sometimes less than what it costs the federal government to process the payment.  In addition, land use is compromised because an undivided interest owner must gain consent from a majority of the parcel’s owners to do anything with the land.  This makes it nearly impossible for any one of the owners to use the land for agriculture, business development, or a home site.

Fractionated ownership presents a serious problem that, if not addressed, will only get worse, placing Indian land further out of Indian control and adding to the excessive administrative costs of managing the interests. For example, in 2007, one 80-acre tract on the Lac Courte Oreilles Reservation in Wisconsin had 2,285 undivided interest owners. If nothing is done to prevent the further fractionation of these interests (such as implementing a land consolidation plan) in 50 years this allotment will have close to 535,000 owners and the annual costs to administer the allotment will go from $150,000 to $60 million! [2]

By reducing the number of individual trust accounts that the U.S. must maintain, the program will greatly reduce on-going administrative expenses and future accounting-related disputes.  In order to provide owners with an additional incentive to sell their fractionated interests, the settlement authorizes the Interior Department to set aside up to 5 percent of the value of the interests into a college and vocational school scholarship fund for American Indian students. [7]

(A) any tract of trust or restricted land within the boundaries of the reservation of the tribe; or

(B) land that is otherwise subject to the jurisdiction of the tribe.”

(1) any Indian owning any undivided interest, and in actual use and possession of such tract for at least three years preceding the tribal initiative, may purchase such tract by matching the tribal offer.” [8]

Action of Ejectment – a common law form of action enabling an owner or occupier who was wrongfully ejected to recover possession, damages, & costs.

1.) the use of the land during the wrongful occupation.
2.) the costs of the ejectment.

Were You at Standing Rock? Write Your Testimony. 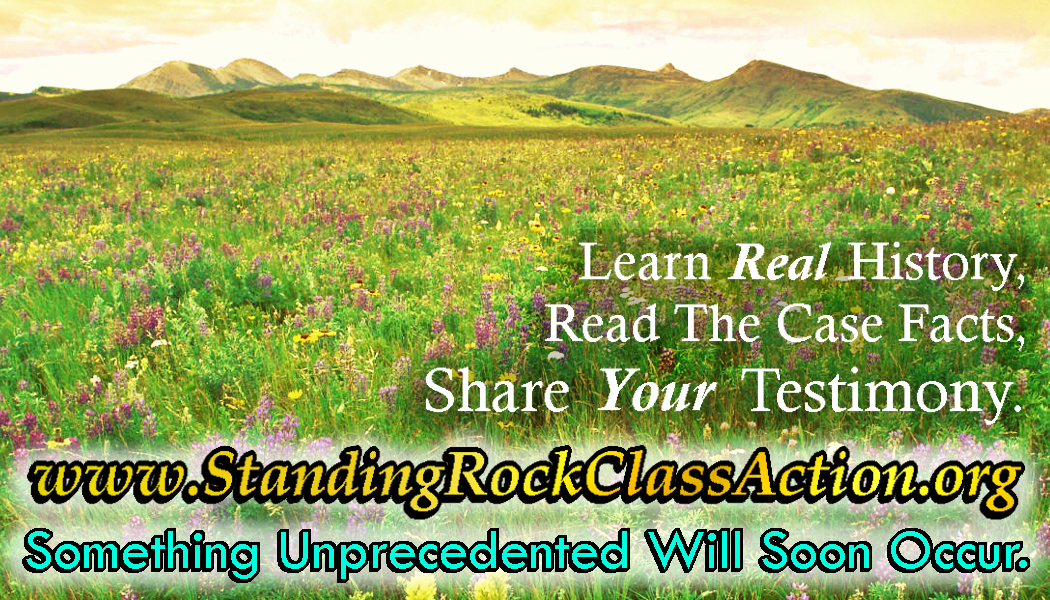 The 11 Common Law Forms of Action

The Public Intelligence Agency is brought to you by  Wild Willpower PAC.