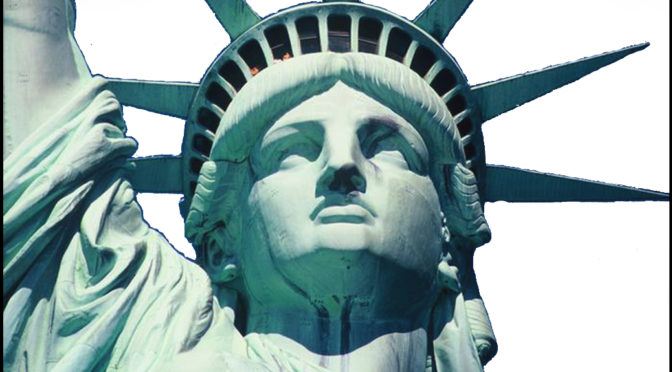 i. Criminal and Civil Law – what’s the difference?
ii. Introduction to Civil Law
iii. Overcome Your Prejudices and Face the System
iv. Get to Know the Federal Courts
v. Step-by-Step Instruction for Filing a Civil Action

i. Civil Law and Criminal Law
are very different from one another:

Most people are familiar with criminal law; if you’ve ever been given a ticket or arrested; you’ve encountered the criminal law system, which is for the most part upheld and enforced by government officials.  Civil law is much different: think of it as “civilian law” in that it generally deals with violations against the rights of civilians; if that brings you a spark of hope, it should!  Some incidents may be tried in a criminal proceeding (where the government is the prosecutor) and in a civil proceeding (where the citizen(s) is the plaintiff):   If you require clarification before continuing through this self-help walkthrough, here’s a great place to begin:

Civil law originated in Rome, from the Roman civil republic.  Prior to that time, there were mainly empires and city-states which had conquered various tribes and ruled subjects in a top-down manner much similar to way that corporations maintain order over their employees.  The civil republic was conceived in order to counteract the power structure of the many empires that were in place at the time and that still are — to give civilians the “keys to the kingdom” to hold government officials accountable, and to steer the country with logic, reason, and good will instead of propaganda, condemnation, and anger.  The only catch is that in order for a civilian to enforce their will “into” the system in such a way that the officers become authorized to respond, they must first file what is known as a “civil action” and/or a criminal complaint (depending on the circumstances): this makes it so that government officials do make top-down executive decisions that violate the rights of civilians, citizens can hold officers accountable and seek redress through the courts; when the public is knowledgeable, official misconduct goes down, officer/civilian relations remain positive, and the public remains engaged with navigating workable solutions to help move the country forward.  When the public is not informed or engaged with the process that is in place, there is often confusion and contempt toward government officials who continue to operate “like clockwork” to uphold the system: they are the “guardians” of a safe path forward for society while preventing economic collapse, mobs, arson, and other activities which compromise the safety  and security of millions of people around the world; building a case means assessing and considering many factors before filing, so that a wise, workable form(s) of relief are requested rather than unreasonable, unworkable demands that benefit only some while hurting others.  Continue studying and the rest will come to you!

What Types of Cases can be Brought in a Civil Action,
And What Can the Court do to Help?

Although historically there were 11 common-law forms of action; today these have all been simplified into the one form of action known as the civil action.  To better understand the scope of the types of circumstances a civil action is equipped to handle, it is helpful to look through these historical

The Complexity of Law;
Overcome Your Fears and Prejudices, and
Equip Yourself with Knowledge:

There are a myriad of legal terms to equip yourself with, however as you continue reading, things will begin to make logical sense; the more you learn, the more you will likely come to the conclusion that it is not the system itself that is corrupt, but rather it is the general lack of knowledge about how the legal system is designed which has been creating a disconnect between the government and its citizens, and between citizens and each other.  As citizens equip themselves with more legal knowledge, many of the problems society is facing may be addressed in an orderly, efficient, logical, effective, and wise manner in a way that can actually help people.

iv. Get to Know the Federal Courts:

Although many cases are resolved in local and state courts, federal courts also play an essential role; for instance, what if local government officials violated your rights?  What about treaties with American Indians?  There are many cases where federal courts come into play, and it is important to know about them, how and when to transfer venue from a state court to a federal court when your case is of federal question, and other elements regarding their history, purpose, and functions:

Below we’ve compiled a step-by-step process to help you assess your own circumstances and prepare yourself to file with the courts whether you’re filing against a private individual, corporate employee, government official, or whoever.  Within each step you’ll find two legal terms followed by a short definition as to what each of them means.  By clicking on any of the green legal terms, you’ll find definitions from federally-recommended law dictionaries, as well as addition information which will open up inside a separate window; you will also find several types of each of the following terms (i.e. torts, injuries, damages, etc.) within each of the links.  For each of the following terms, click on the title, then scroll down the page, then write down (or copy into a file) each term which applies to the case(s) you have in mind.  By learning “the language of the courts” you will be able to articulate and clearly convey to the courts precisely what transpired and, according to the law, what you are due and/or what can logically be done to remedy the situation.  The rest is explained below or within the following links.

1. Which type(s) of Action(s)
caused the Injuries and/or Losses?

Depending on your circumstances, click on one of the following terms: the rest is explained inside each link.

tort – a wrongful act, other than a breach of contract, which causes a private injury which may be pursued by the injured party.

breach of contract – violation of a contractual obligation by failing to perform one’s own promise, by repudiating it, or by interfering with another party’s performance.

2. Which type(s) of Injuries
and/or Loss(es) were Suffered?

loss – the decrease or total diminishing in value of property, usually in an unexpected or relatively unpredictable way, or the act of losing something that is gone and cannot be recovered, such as a life or friendship, etc.

3. Which Type(s) of Redress will You Be Seeking from the Courts?

Now that you know whether you’re facing a tort or breach of contract case, and you know which type of tort or breach of contract occurred, as well as which type of injuries and/or losses were suffered, it is time to think about whether you’re seeking damages (money) and/or an injunction in order to help remedy the situation.  Click the following in order to assess the damages and read through the various types of injunctions which may be requested from the courts:

damages– how much money do you need in order to recover from the losses and/or injuries you sustained?

civil action – an action brought to enforce, redress, or protect a private or civil right; a noncriminal litigation.

claim – a legal demand, by a person wanting compensation, payment, or reimbursement, for a loss or injury caused by a breach of contract or a tort.

One last step before filing a claim is to make sure you’ve provided notice if necessary; providing “due notice” is an essential component in assuring that those you are filing against are provided with due process (see adjective law to learn more).  Providing notice to all parties involved ensures that they:

(1) have actual knowledge of it;
(2) have received information about it;
(3) have reason to know about it;
(4) know about a related fact; or
(5) are considered as having been able to ascertain it by checking an official filing or recording.

This section is in the making.

Once you’ve gone through each of the above links and followed the steps within them, you’re ready to learn the: