The last part of the First Amendment guarantees the right “To Petition The Government for a Redress of Grievances“:

“Congress shall make no law respecting an establishment of religion, or prohibiting the free exercise thereof; or abridging the freedom of speech, or of the press; or the right of the people ‘Peaceably to Assemble’, & to Petition the Government for a Redress of Grievances.”

This is perhaps the most unnoticed, yet most important part of the First Amendment.  Click any of the following for full definitions:

Petition – a formal written request presented to a court or other official body.

Redress – the receiving satisfaction for an injury sustained.

Grievance – a complaint due to injury, injustice, or wrong.

1. A matter of constitutional right of assembly and petition.  The demand, made by people in assembly, of the legislative body to obtain a change in the laws, the enactment of new laws, or for anything else connected with the powers or duties of government.  16 Am. J2d Const L §§ 353 et seq. [1]

A thoughtful, well-written Petition will present a solution-oriented “List of Reasonable Demands” which prevents future injury to yourself or other(s) (see Irreparable Injury Rule) while also providing relief to the injured party or parties.  The demands ought also be formulated in such a manner so as to “promote the general welfare” of all parties and potentially involved parties in order to be in alignment with 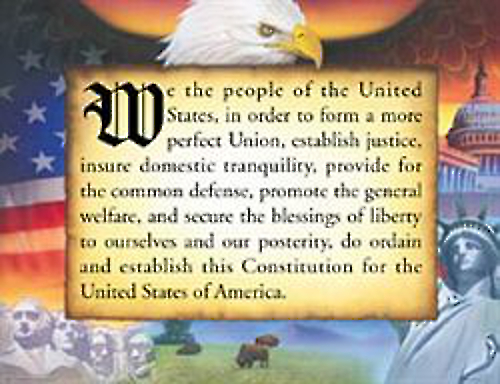 EXAMPLE: If a civilian were filming an officer, and the officer exceeded his authority by taking the camcorder from the civilian, then lied about the incident in court, the injured party (civilian who had their rights violated under color of law) could seek, among their “reasonable list of demands,” both restitution (monetary damages) and practical solutions, such as demanding “camcorders on officers, with access to footage by any civilian upon request.”  Forms of non-monetary relief are called equitable relief, while monetary relief is referred to as a legal remedy.  Another “demand” could include setting a more stringent screening process for officers who are getting hired, and so on.

What If the Government
Ignores My Petition?

It is at this time one may choose to file a case against the United States: the court to do this in is called the U.S. Court of Federal Claims — also known as “the peoples’ court.”  Hopefully it doesn’t come to this, but after all other avenues have been exhausted, its a nearly last resort.

When All Else Fails:

There is still a promise held within the opening paragraph of the Emancipation Proclamation which guarantees a path to freedom should the government ever come to absolute tyranny while acting under color of law in order to exact its crimes.

Excerpt from
The Emancipation Proclamation:

“Whereas, on the twenty-second day of September, in the year of our Lord one thousand eight hundred and sixty-two, a proclamation was issued by the President of the United States, containing, among other things, the following, to wit:

“That on the first day of January, in the year of our Lord one thousand eight hundred and sixty-three, all persons held as slaves within any State or designated part of a State, the people whereof shall then be in rebellion against the United States, shall be then, thenceforward, and forever free; and the Executive Government of the United States, including the military and naval authority thereof, will recognize and maintain the freedom of such persons, and will do no act or acts to repress such persons, or any of them, in any efforts they may make for their actual freedom.” [2[

Back to Types of Pleadings

Legal Precepts Adopted (from Europe) into The U.S. Constitution

§ § of Law Embedded into the Constitution Pursuant to the American Revolution

Question(s)?  Suggestion(s)?
Like to offer financial support?
Email Distance@WildWillpower.org.
We look forward to hearing from you!