To begin to comprehend how the legal system is wired together, a effective term to begin by defining is:

1. Originally (in the 18th century), the study of the first principles of the natural law, the civil law, or the law of nations. — aka jurisprudentia naturalis.

2. More modernly, the study of the general or fundamental elements of a particular legal system, as opposed to its practical and concrete details.

3. The study of legal systems in general.

5. In German literature, the whole of legal knowledge.

Through the Constitution, the government granted itself judicial power over all cases in law and equity, while also extending its jurisdiction over several types of cases:

“The judicial Power of the United States, shall be vested in one supreme Court, and in such inferior Courts as the Congress may from time to time ordain and establish. The Judges, both of the supreme and inferior Courts, shall hold their Offices during good Behavior, and shall, at stated Times, receive for their Services a Compensation which shall not be diminished during their Continuance in Office.

The judicial Power shall extend to all Cases, in Law and Equity, arising under this Constitution, the Laws of the United States, and Treaties made, or which shall be made, under their Authority;—to all Cases affecting Ambassadors, other public Ministers and Consuls;—to all Cases of admiralty and maritime Jurisdiction;—to Controversies to which the United States shall be a Party;—to Controversies between two or more States;—between a State and Citizens of another State;—between Citizens of different States;—between Citizens of the same State claiming Lands under Grants of different States, and between a State, or the Citizens thereof, and foreign States, Citizens or Subjects.” [2]

An Amalgamation of Legal Systems:

The structure of the U.S. legal system is, historically, an amalgamation of various legal systems [3] such as Roman (civil law), Anglo-Saxon (Germanic) common law, international law, Haudenosauneean (Iroquoian) Law, and others, which became enhanced and unified via the adoption of the Bill of Rights which was embedded into the design construct of the Constitutional Republic in order to eventually secure the “inalienable rights” of all people.  At a time when separately developed legal systems were each competing for a foothold in the new government, Thomas Jefferson, for instance, wrote at length about the precepts within the Anglo-Saxon (Germanic) common law so that people in the future would have access to legal tools they would otherwise not have access to.  For instance, in a letter to political reformer John Cartwright, 5 June 1824 he stated:

“I was glad to find in your book… of the Judiciary usurpation of legislative powers; for such the judges have usurped in their repeated decisions that Christianity is a part of the Common law. the proof of the contrary which you have adduced is incontrovertible, to wit, that… (continued in the below graphic)

This brings us to the first legal structure we shall analyze here:

common-law – body of royal decrees, customs, and judicial decisions based on moral reason instead of statutes or constitutions developed especially between 5th century following the conquest of Rome by the Germanic Barbarian tribes through the conquest of England by French Norsemen (“Normans”) in 1066 A.D.

The Democratic Republic
and The Right to Vote:

Although the term “democracy” is not written within The Constitution of The United States, the “right to vote” appears five times.  In fact, four separate Amendments – the 15th, 19th, 24th, and 26th – use the same powerful language to protect it: “The right of citizens of the United States to vote shall not be denied or abridged….” [5]

Spawned from a Conflict of Interests:

The states faced serious and complicated questions about how to make their rules once they declared themselves to be no longer colonies.  What did it mean to replace royal authority with institutions based on popular rule?  How was “POPULAR SOVEREIGNTY” (the idea that the people were the highest authority) to be institutionalized in the new state governments?  For that matter, who were “the people”?

Every state chose to answer these questions in different ways based on distinctive local experiences, but in most cases colonial traditions were continued, but modified, so that the GOVERNOR (the executive) lost significant power, while the ASSEMBLIES (the legislative branch, which represented the people most directly) became much more important.

Pennsylvania created the most radical state constitution of the period.  Following the idea of popular rule to its logical conclusion, Pennsylvania created a state government with several distinctive features.  First, the PENNSYLVANIA CONSTITUTION OF 1776 abolished PROPERTY REQUIREMENTS for voting as well as for holding office.  If you were an adult man who paid taxes, then you were allowed to vote or even to run for office.  This was a dramatic expansion of who was considered a political person, but other aspects of the new state government were even more radical. Pennsylvania also became a “UNICAMERAL” government where the legislature only had one body. Furthermore, the office of the governor was entirely eliminated.  Radicals in Pennsylvania observed that the governor was really just like a small-scale king and that an upper legislative body (like the House of Lords in Parliament) was supposed to represent wealthy men and aristocrats.  Rather than continue those forms of government, the Pennsylvania constitution decided that “the people” could rule most effectively through a single body with complete legislative power.

Many conservative Patriots met Pennsylvania’s new design with horror.  When John Adams described the Pennsylvania constitution, he only had bad things to say. To him it was “so democratical that it must produce confusion and every evil work.”  Clearly, popular rule did not mean sweeping democratic changes to all Patriots.

SOUTH CAROLINA’S STATE CONSTITUTION of 1778 created new rules at the opposite end of the political spectrum from Pennsylvania.  In South Carolina, white men had to possess a significant amount of property to vote, and they had to own even more property to be allowed to run for political office.  In fact, these property requirements were so high that 90 percent of all white adults were prevented from running for political office!

This dramatic limitation of who could be an elected political leader reflected a central tradition of 18th-century Anglo-American political thought.  Only individuals who were financially independent were believed to have the self-control to make responsible and reasonable judgments about public matters.  As a result poor white men, all women, children, and African Americans (whether free or slave) were considered too dependent on others to exercise reliable political judgment.  While most of these traditional exclusions from political participation have been ended in America today, age limitations remain, largely unchallenged.

The creation of the MASSACHUSETTS STATE CONSTITUTION of 1780 offered yet another way to answer some of the questions about the role of “the people” in creating a republican government.  When the state legislature presented the voters with a proposed constitution in 1778, it was rejected because the people thought that this was too important an issue for the government to present to the people.  If the government could make its own rules, then it could change them whenever it wanted and easily take away peoples’ liberties.  Following through on this logic, Massachusetts held a special convention in 1780 where specially elected representatives met to decide on the best framework for the new state government.

This idea of a special convention of the people to decide important constitutional issues was part of a new way of thinking about popular rule that would play a central role in the ratification of the national Constitution in 1787-1788. [6]

The Design Structure of A Republic:

“The United States shall guarantee to every State in this Union a Republican Form of Government, and shall protect each of them against Invasion…”

This brings us to the most developed and intricate of the systems which became embedded and seeded the framework of modern U.S. law:

So What is a Democratic Republic?

Based upon the above explanation, in context with the historical Roman civil republic, here is a definition seems to accurately define our current “Democratic Republic:”

A system of government that is partially democratic in that every citizen may have a vote in order to elect officials,  each of whom represents a particular political party which promises to enact laws pursuant to their platform.  This ‘will of the people’ aspect of the republic is known as popular sovereignty, because the government is lodged with the traditional powers of ‘sovereign’ kings and lords (minus sovereign immunity, which does not exist in the United States).  A republic contrasts with a pure democracy in that legislators create a ‘fixed body of laws’ called statutes which are enforced via the Executive Branch through criminal proceedings (criminal law). These statutes, which must be written “pursuant to the constitution,” are designed to safeguard individuals from having their rights violated: legislators who enact illegal laws can be held accountable via the courts or administratively. The courts may also be accessed by citizens in order to prosecute officials who exceed their Constitutional Oath via violating the law including abusing their authority to violate peoples’ rights. [7] 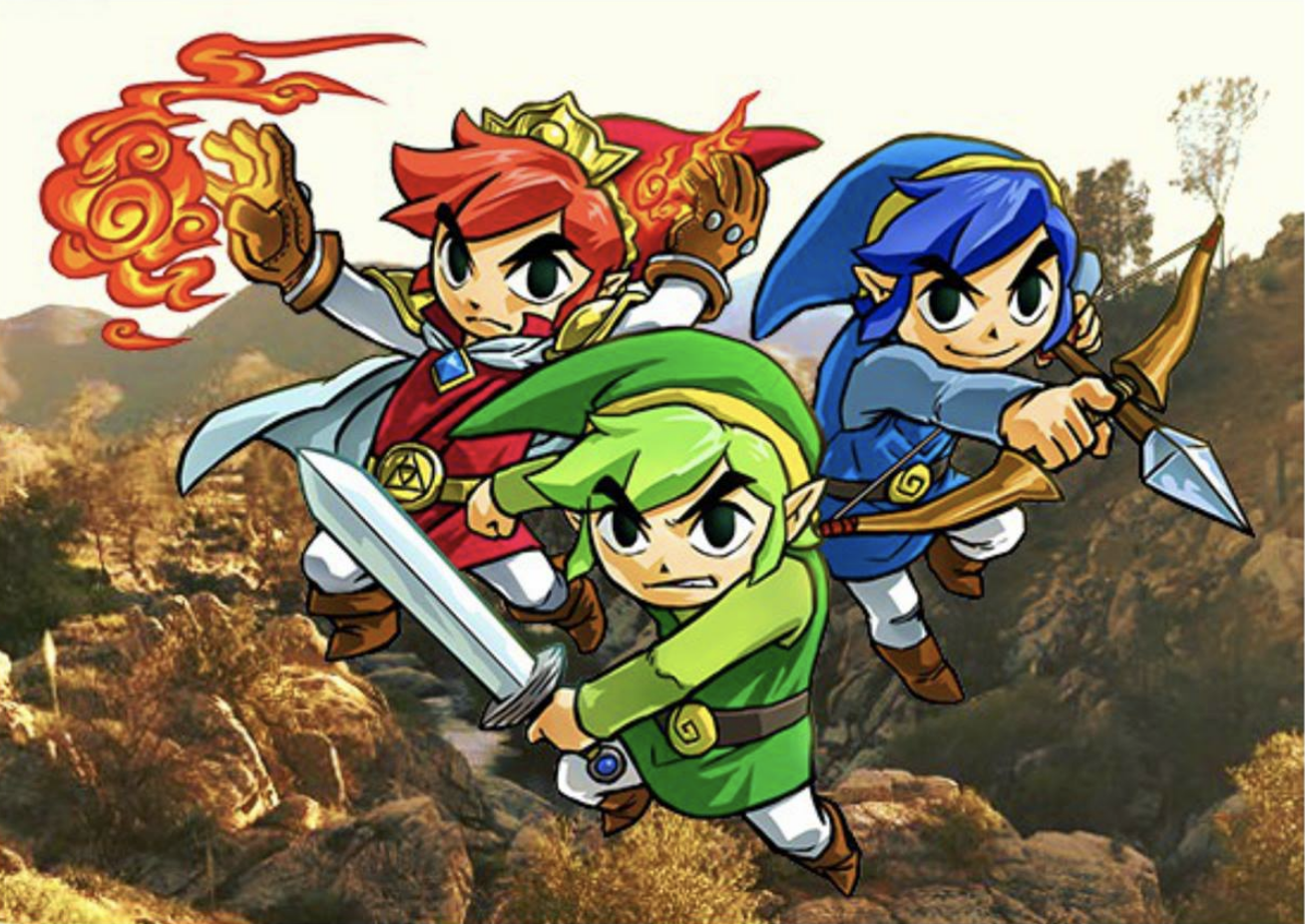 Special thanks to Atomix and Nintendo for the above graphic we’re utilizing in accordance with Fair Use. [8]

Oligarchy – a government in which a small group of persons exercises control; the persons who constitute such a government.

Aristocracy – a privileged class of persons, especially the hereditary nobility; specifically, the people in the highest social class, who have traditionally possessed a great deal of land, money, & power.

Junta – a military government that has come into power by use of force.

Excerpt from George Schwarzenberger’s A manual of International Law (1967):

“The principle of legal sovereignty is an abstraction
from a number of relevant rules:

Additional Items Within Menu – I:

§ § of Law Embedded into the Constitution Pursuant to the American Revolution

All Federal Courts – histories, purpose, and function of each.

[2]: Transcript of The U.S. Constitution:  https://www.archives.gov/founding-docs/constitution-transcript

[5]: Constitution Accountability Center, “Yes, There is a Right to Vote in The Constitution” (Sept 18, 2012): www.theusconstitution.org/text-history/1621/yes-there-right-vote-constitution

[8]: Atomix, article, “Nobody Cared About The Legend of Zelda; Tri-Force Heroes”:  http://atomix.vg/categoria/the-legend-of-zelda-tri-force-heroes/

Question(s)?  Suggestion(s)?
Like to offer financial support?
Email Distance@WildWillpower.org.
We look forward to hearing from you!