First Amendment considerations arise when you are openly recording the activities of police officers (or other public officials) carrying out their duties in public places. A number of U.S. Courts of Appeals have held that, in such circumstances, the First Amendment protects the right to record audio and video regardless of whether the police/officials consent.  This constitutional right would override any state or federal laws that would otherwise prohibit such recording.

Currently, the following U.S. Courts of Appeals have recognized the First Amendment right to record the police and/or other public officials: 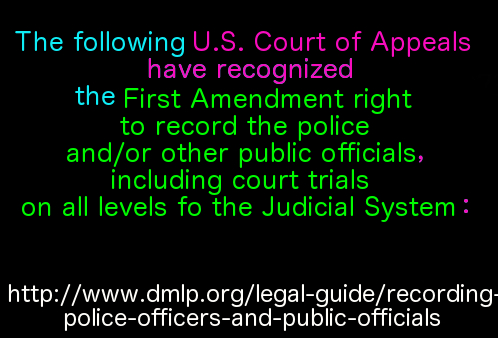 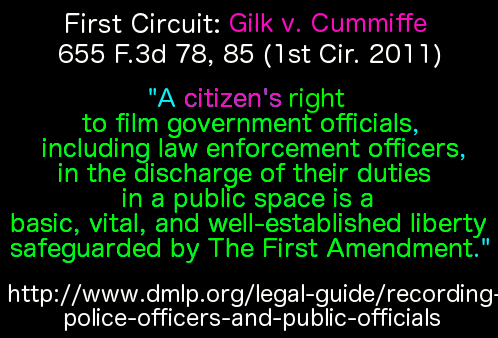 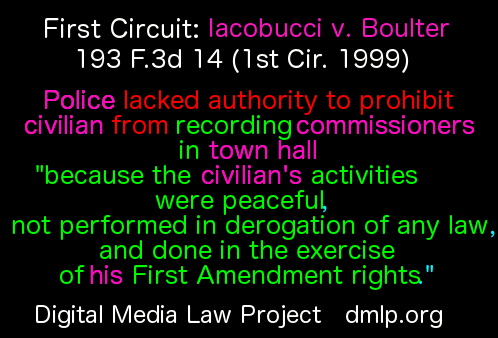 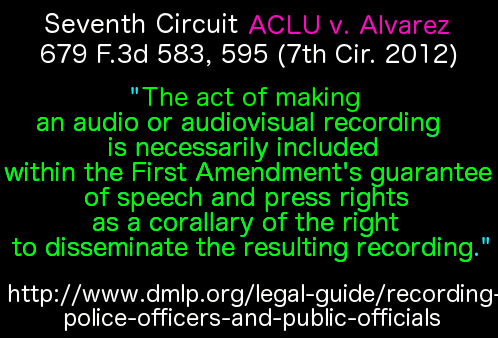 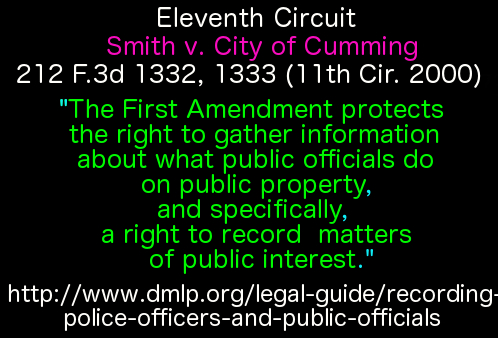 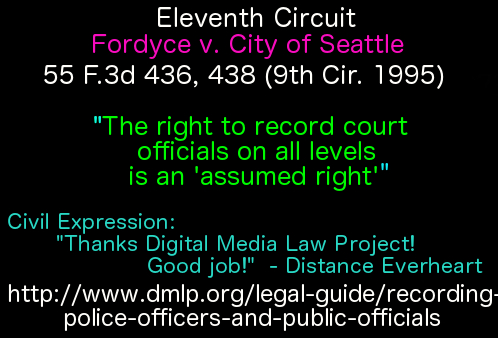 The Appellate Division of the Superior Court of New Jersey likewise recognized the existence of such a right in Ramos v. Flowers, Docket No. A-4910-10T3 (N.J. App. Div. Sept. 21, 2012), relying heavily on the First Circuit’s reasoning in the Glik case.

Even if you are not within these jurisdictions, the 14th Amendment guarantees “equal protections of the laws” from one State to another.  So, if one State recognizes a right, it would be discrimination & a violation of one’s rights to deny someone in another State those same protections.  This isn’t to say that your right to film will not be violated- in all probability it will happen to some people until individuals begin actually building their own cases & filing against officials to hold them accountable.  So long as officers don’t have anyone filing against them for these types of violations, they will likely continue to violate without this liability imposed on them.

No court has rejected the existence of such a right.  Furthermore, the United States Department of Justice has openly stated its position that the First Amendment protects all U.S. citizens who record the activities of the police in public, and has intervened in at least one civil rights lawsuit against police officers to support that First Amendment right. See Sharp v. Baltimore City Police Dep’t, No. 1:11-cv-02888-BEL (D. Md. Statement of Interest filed January 10, 2012).

NOTE: The First Amendment right to record does NOT give you the right to interfere in the performance of officials’ duties, or violate generally applicable laws. You may still face criminal prosecution or civil liability if, while recording, you: interfere with an arrest; trespass into secure government areas or private property; fail to respond to legitimate measures by law enforcement to control riots or disturbances; or otherwise interfere with official activity or violate private rights.[1]