1. A lawsuit seeking damages suffered by a landowner who has succeeded in a common-law action of ejectment whereby the plaintiff may recover for both the use of the land during the wrongful occupation and the costs of ejectment. – aka action of trespass for mesne profits; action for the recovery of mesne profits. [1]

1. Intermediate profits; profits accruing between two points of time.  Profits accruing from land during an intermediate period, such as a period of tortious holding by the defendant in an action in ejectment.  25 AM J2d Eject § 148. [2]

Excerpt from Ransom H. Tyler’s A Treatise on the Remedy by Ejectment and the Law of Adverse Enjoyment in the United States: 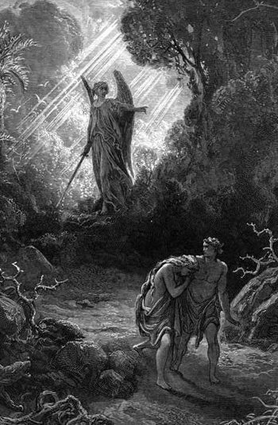 Above drawing from TV Tropes, called “The Exile” (artist uncited) used in accordance with Fair Use.

[3]: Ransom H. Tyler, A Treatise on the Remedy by Ejectment and the Law of Adverse Enjoyment in the United States 840 (1870) (citations omitted).

Back to Action for Ejectment

The 11 Common Forms of Action

www.ReUniteTheStates.orgis brought to you by Wild Willpower PAC.