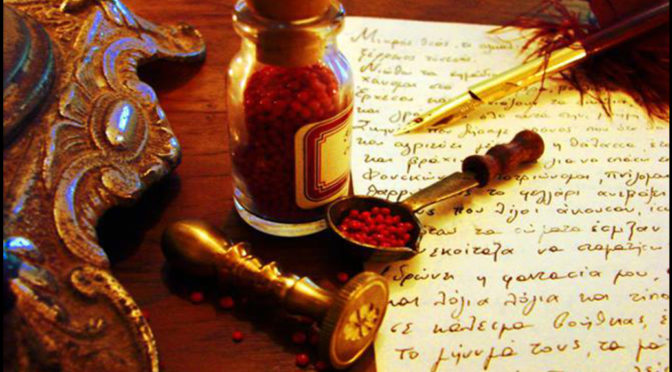 l. A written legal document that defines rights, duties entitlements, or liabilities, such as a statute, contract, will, promissory note, or share certificate. — aka legal instrument. [1]

A negotiable instrument or a security or any other writing evidencing a right to the payment of money, and of a type transferred in the ordinary course of business by delivery with any necessary indorsement or assignment. UCC § 9-105(l)(g).

3. Any writing that evidences a right to the payment of money and is not itself a security agreement or lease.

4. Any formal legal document evidencing an agreement or the granting of a right. EXAMPLES: a contract; a deed; a mortgage; a will. [3]

“An ‘instrument’ seems to embrace contracts, deeds statutes, wills, Orders in Council, orders, warrants schemes, letters patent, rules, regulations, byelaws whether in writing or in print, or partly in both; in fact any written or printed document that may have to be interpreted by the Courts.” [4]

Examples of
Various Types of Instruments:

contract – a written agreement between two or more parties creating obligations enforceable &/or recognized at law.

charging instrument – any of three formal legal documents used to officially charge someone with a crime.

deed – a written instrument that is signed, sealed, and delivered and that conveys some interest in property.

guaranty – a written promise to answer for the debt, default, or miscarriage of another person, provided such person does not respond by payment or performance.

power of attorney – an instrument granting someone authority to act as agent or attorney-in-fact for the grantor, thus creating an agency relationship. — aka letter of attorney; warrant of attorney.

security – any interest or instrument relating to finances.

undertaking – a written promise, pledge, or engagement thereby binding the signatory to the obligation; unlike a bond, the principal is not required to sign an undertaking.

2. Commercial law. An unconditional promise or order to pay a fixed amount of money, with or without interest or other fixed charges described in the promise or order; especially commercial paper or a security or any other writing that evidences a right to the payment of money and that is not itself a security agreement or lease but that is of a type that in the ordinary course of business is transferred by delivery with any necessary indorsement or assignment.  *  Under the UCC, a promise or order must meet several other specifically listed requirements to qualify as an instrument. UCC § 3-104(a).

negotiable instrument – a written instrument that is signed by the maker or drawer, includes an unconditional promise or order to pay a specified sum of money, is payable on demand or at a definite time, and is payable to order or to bearer.

false instrument: 1. An instrument that contains untrue information or an erroneous statement. 2. A forged document.

instrument under hand: (17c) A written instrument that is signed by or on behalf of the maker or the parties.

investment instrument: (1929) A legal document, such as a bond, share certificate, or promissory note, used to acquire capital through a loan or by selling equity. — aka financing instrument.

perfect instrument: (18c) An instrument (such as a deed or mortgage) that is executed and filed with a public registry.

sealed instrument: (17c) At common law and under some statutes, an instrument to which the bound party has affixed a personal seal, usu. recognized as providing indisputable evidence of the validity of the underlying obligations.  *  Many states have abolished the common-law distinction between sealed and unsealed instruments. The UCC provides that the laws applicable to sealed instruments do not apply to negotiable instruments or contracts for the sale of goods. UCC § 2-203. — aka instrument under seal.  Cf. contract under seal under CONTRACT.

“At common law, the seal served to render documents indisputable as to the terms of the underlying obligation, thereby dispensing with the necessity of witnesses; the sealed instrument was considered such reliable evidence that it actually became the contract itself called a ‘specialty‘ the loss of which meant loss of all rights of the obligee against the obligor. The seal also had many other consequences at common law, some of which have been retained in jurisdictions which still recognize the seal . . . . in states where the seal is still recognized, its primary legal significance is often the application of a longer statute of limitations to actions on sealed instruments.” [5]

Excerpt from E. Allan Farnsworth’s Changing Your Mind: The Law of Regretted Decisions (1998):

“In medieval England a wax seal may have performed [the functions of a formality] tolerably well. But in the United States few people owned or used a seal and the ritual deteriorated to the point that wax was dispensed with and printing houses decorated the signature lines of their standard forms with the printed letters ‘L.S.’ for locus sigiili (place of the seal). Perfunctory invocation of the rules for sealed documents called into question the seal’s utility in making promises enforceable.” [6]

3. A means by which something is achieved, performed, or furthered <an instrument of social equality>.

unconscious instrument: An instrument that has no volition.

Excerpt from H. Gerald Chapin’s Handbook of the Law of Torts (1917):

“If the wrongdoer has set in motion an unconscious instrument, and the original force imparted to it has not spent itself at the time of the injury, or if the instrument has been made effective by his negligence, which continued to be operative at the time the injury occurred, responsibility as in the case of the intervention by an irresponsible individual will remain existent. Thus one who unlawfully frightens a horse, causing it to run away and inflict injury upon a third party, will be liable to the latter; and where a cow, thrown by an engine, struck the ground, bounced, and fell against plaintiff, it was held that the bounce and fall of the cow was not so far the proximate cause of the injury as to isolate the negligence of the engineer. Again, where a passenger on defendant’s train is jolted to the track through the negligence of the engineer, and while lying there is run over and killed by an engine belonging to another railroad, the negligence of the defendant was held to have made effective the immediate cause of the death, which did not operate as an intervening cause. 50, too, where defendant’s locomotive set fire to a fence, which was burned, and cattle got into plaintiff ‘5 field and damaged the crop, the burning of the fence is to be regarded as the proximate cause.” [7]

instrumentality: n. (17c) l. A thing used to achieve an end or purpose. 2. A means or agency through which a function of another entity is accomplished, such as a branch of a governing body. [1]

instrument of accession: (1924) Int’l law. A document formally acknowledging the issuing state’s consent to an existing treaty, and exchanged with the treaty parties or deposited with a designated state or international organization.  See ACCESSiON (3).

instrument of ratification: (1908) Int’l law. A document formally acknowledging the issuing state’s confirmation and acceptance of a treaty, and exchanged by the treaty parties or deposited with a designated state or international organization.  See RATIFICATION (4).

instrumentum: [Latin] Hist. A document, deed, or instrument; especially, a document that is not under seal, such as a court roll. [1]

instrumenta: Unsealed writings admitted as evidence in a trial. [2]

Questions?  Suggestion(s)?
Distance@WildWillpower.org.
We look forward to hearing from you!