This page is continued from the Legal Precepts adopted into U.S. law (from Europe) through the Constitution >>>> Equity Jurisprudence:

1. A court of equity, in England and some of the United States.
See High Court of Chancery. [2]

1. A court of equity in England an in some of the United States. [3]

“Chancery’s jurisdiction was complementary to that of t e courts of common law — it sought to do justice in cases for which there was no adequate remedy at common law.  It had originated in the petition, not the writ, of the party who felt aggrieved to the Lord Chancellor as ‘keeper of the King’s conscience.’  In its origins, therefore, Chancery’s flexible concern for justice complemented admirably the formalism of a medieval system of common law which had begun to adhere strictly, perhaps overstrictly on occasion, to prescribed forms.  By 1800, however, Chancery’s system was itself regarded as being both consistent and certain.” [4]

1. The system of jurisprudence administered in courts of equity.

2. Int’l law. The place where the head of a diplomatic mission and staff have their offices, as distinguished from the embassy (where the ambassador lives). [1] 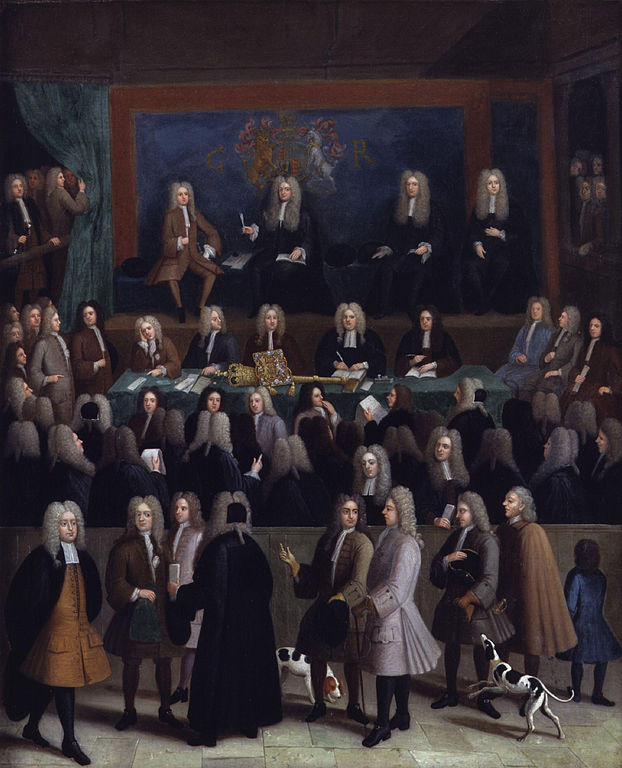 1. A court having jurisdiction of suits in equity and in which equitable remedies are administered.
See court of conscience; equity. [2]

1. A court having jurisdiction of of equitable actions; a court that administers remedies which are equitable in nature.
Compare court of law. [3]

1. Hist. A local English court that had jurisdiction over small-debt cases.  *  The court was so called because its judgments were supposed to reflect equity and good conscience.  County courts assumed the jurisdiction of the courts of conscience in 1846. [1]

A court of equity is a court of conscience, and whatever, therefore, is unconscionable is odious in its sight.  Fraud is more odious than force, and one of the peculiar provinces of a court of equity is to relief against wilful misrepresentation and fraud.  Dowell v Goodwin, 22 RI 287, 47 A 693. [2]

1. An English court which appears to have attained its full development in the reign of Edward II, 1307-1327, and which by reason of the royal prerogative could afford relief above and beyond that available in the common-law courts. [2]

Officers of the Courts of Chancery:

chancellor – a judge of a court of chancery. (in Scotland, — the foreman of a jury).

Lord High Chancellor – the highest judicial officer in England, speaker of the House of Lords, member of the Cabinet, and presides at appellate judicial proceedings. — aka Lord Chancellor; Keeper of the King’s Conscience.

master in chancery – an assistant of the chancellor having the function of performing judicial or ministerial acts, including inquiring into matters referred by the court, examining cases, taking oaths and affidavits, hearing testimony, and computing damages.  Position has been replaced by Master of the Supreme Court.

Master in Lunacy – a judicial officer appointed by the Lord Chancellor to conduct inquiries into the state of mind of people alleged to be incapable of handling their own affairs, and to ensure their property is properly managed for his or her benefit.

Legal Precepts Adopted into U.S. Law (from Europe) through the Constitution