On the official United States Court of Federal Claims’ website’s Pro Se Information section, two law dictionaries are listed: Black’s Law Dictionary (which we’ve found listed upon other federal government websites as well) and also Ballantine’s Law Dictionary.  There are two versions of Ballantine’s Law Dictionary utilized throughout this site for First Amendment purposes in order to bring pertinent information to people in such a manner so as to reduce harm and raise appreciation for rights according to their true measure and purpose.  Due to the fact that people are held accountable to this legal system, the knowledge is absolutely mandatory to have: therefore, for public safety purposes and as a result of sincere concern for people, copyrighted material found throughout this website is utilized in accordance with Fair Use.  Information about and photographs of the Legal Assistant Edition of Ballantine’s Law Dictionary (1994) may be found HERE, and information and photographs of this Third Edition are located below: 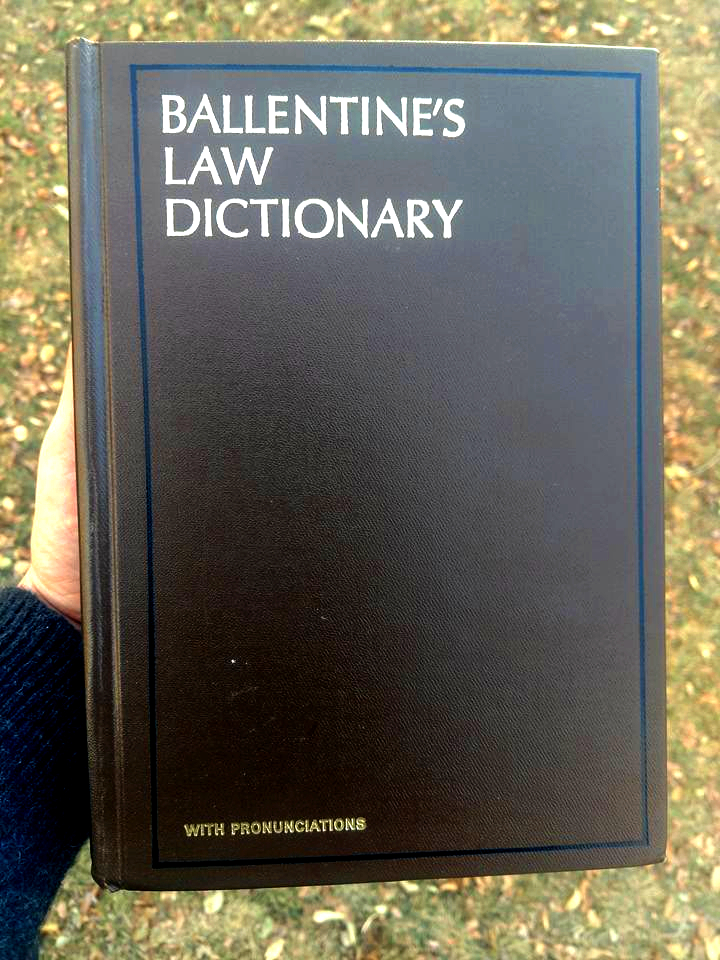 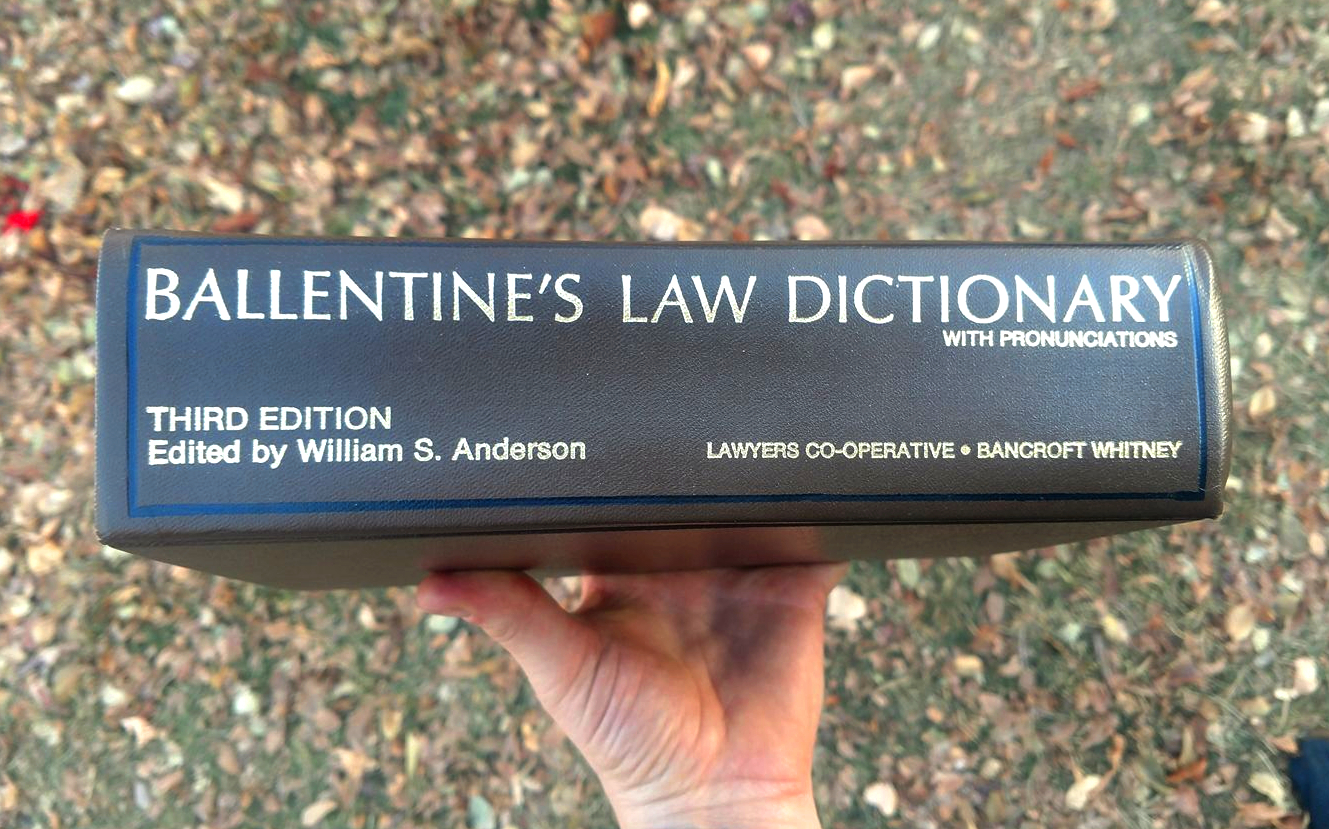 Forewords an Prefaces Found Inside: 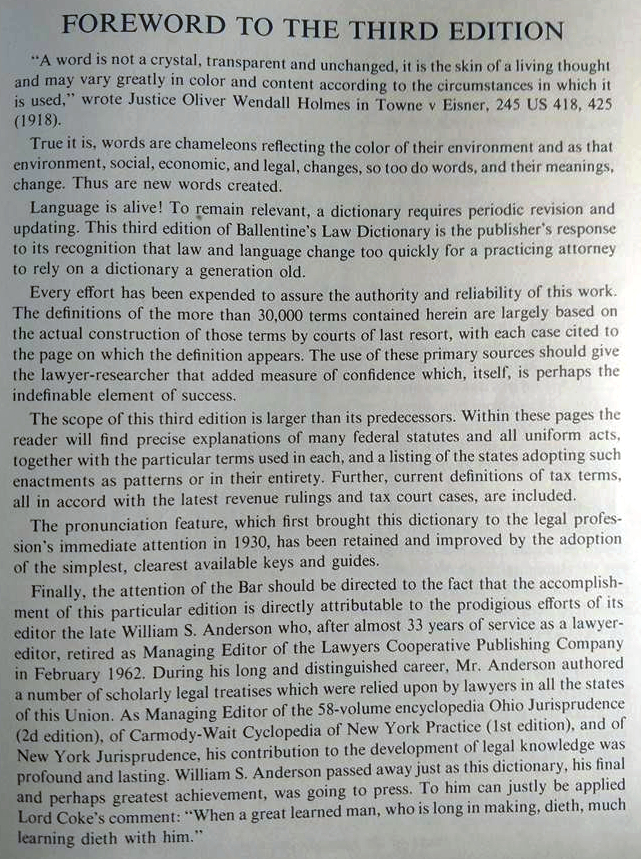 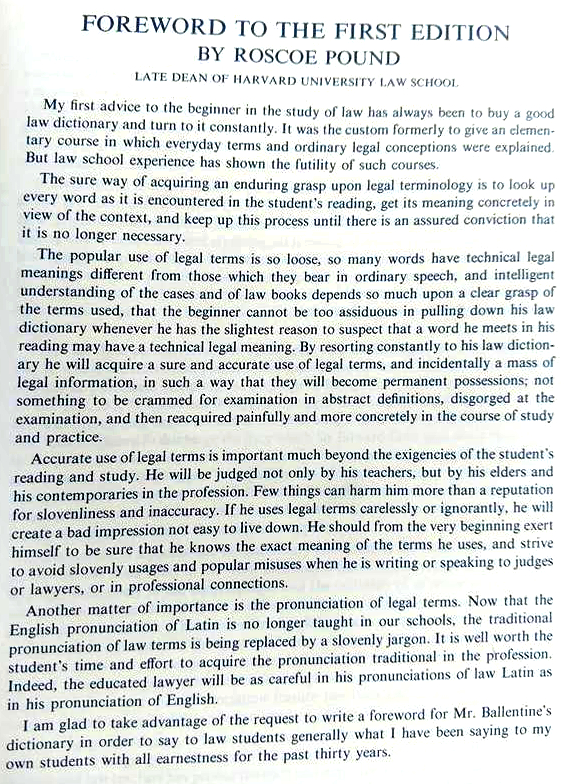 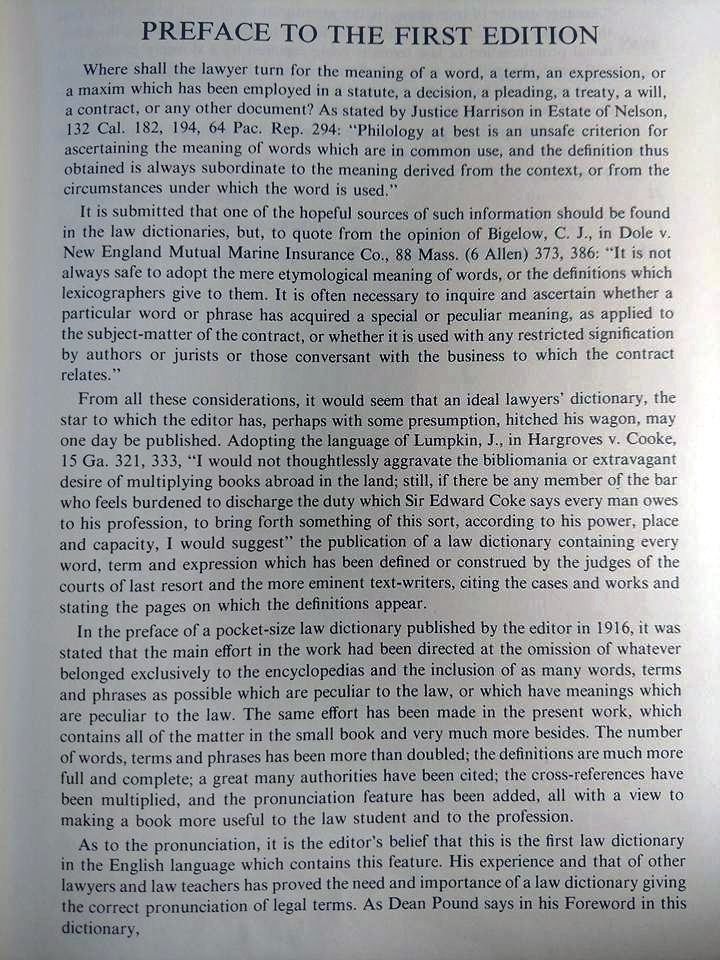 If this book shall meet the generous reception which was accorded its small predecessor, its editor will be well rewarded.

Back to Law Dictionaries Utilized to Help Build This Website

Question(s)?  Suggestion(s)?
Email Distance@WildWillpower.org.
We look forward to hearing from you!