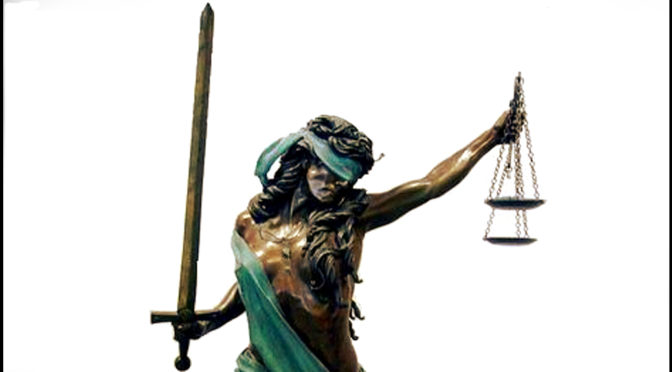 What is a Crime?

A crime is a wrongful act that the state or federal government has identified as a crime because it injures or interferes with the interest of society.  Crimes are identified within a publicly-accessible, fixed body of statutes (penal codes, ordinances, building codes, etc.) called laws, which are enforced by officers.

A criminal case is a criminal proceeding.  The accused is called a ‘defendant”.  The victim is:

When Criminal Activity causes a Tort,
the Case can be Tried as Civil and Criminal:

Laws which are likely to violate civil rights are a liability against taxpayers; such laws can be challenged and overturned via following the Federal Rules of Civil Procedure (see Rule 5.1).

When an officer violates a civilian’s rights, it is called a Constitutional tort (a type of tort).

If the officer violated procedure and commit a crime, it is called a color of law crime.  If the (county, city, state, federal, tribal, etc.) agency did not properly train or vet the officer, the agency can be held accountable via filing a claim.

The judicial branch must apply the existing laws to each individual situation, to be sure justice is administered fairly.  This includes punishing those who are guilty of breaking the law, and keeping the rest of the community safe from crime.

“In all criminal prosecutions, the accused shall enjoy the right to a speedy and public trial, by an impartial jury of the state and district wherein the crime shall have been committed, which district shall have been previously ascertained by law, and to be informed of the nature and cause of the accusation; to be confronted with the witnesses against him; to have compulsory process for obtaining witnesses in his favor, and to have the assistance of counsel for his defense.“

Anyone accused of a federal felony has a right to be assisted by a lawyer for every step of the process, even if they can’t afford one.  (A felony is a crime carrying a jail term of more than one year.)   The defendant can retain, or hire, their own defense attorney, or they may have one appointed for them if they financially unable to hire an attorney for their defense.  In many cases, the appointed attorney will be from the Federal Public Defenders Office.  Defendants are also allowed to represent themselves, and this is called pro se. [2]

code – the published statutes of a jurisdiction, arranged in a systematic form by chapters and sections. — aka consolidated law.

court rules – regulations having the force of law and governing practice and procedure in the various courts.

ordinance – an authoritative law or decree; specifically, a municipal regulation, especially one that forbids or restricts an activity.

policy – A standard course of action that has been officially established by an organization, business, political party.

statute – a legislation (aka act or law) enacted by any lawmaking body, such as a legislature, administrative board, or municipal court.

misdemeanor – a crime less serious than a felony, usually punishable by fine, penalty, forfeiture, or confinement (usually a brief term) in jail (rather than prison). — aka minor crime; summary offense.

infraction – a violation, usually of a rule, regulation, or local ordinance, not punishable by incarceration.

aggravated – made worse or more serious by circumstances such as violence, the presence of a deadly weapon, or the intent to commit another crime.

conspiracy – an agreement by two or more persons to commit an unlawful act, coupled with an intent to achieve the agreement’s objective, including any action or conduct that furthers the agreement.

corrupt – subverting the instrumentalities of government to personal profit; impeding or obstructing the administration of justice.

malice – intent to commit a wrongful act; reckless disregard of the law or of a person’s legal rights. — malicious, vb.

unjust enrichment – unlawful, unjustifiable retention of property, without consent from the transferor(s), for which the beneficiary must make restitution or recompense.

Various Crimes
and Corresponding §§ of the U.S. Code:

Select any of the following broad categories for specific crimes and corresponding laws:

color of law crimes – when government employees abuse their authority or deprive a person’s rights under “color” or *appearance* of law.

election fraud and electioneering – includes sections on gerrymandering and lobbying.

homicide – the killing of a human being by another, under any circumstances.

fraud – a knowing misrepresentation or concealment of a material fact made to induce another to part with anything of value or surrender some legal right.  i.e. – election fraud.

theft – taking something to which one is not entitled, by whatever means (i.e. robbery, burglary, embezzlement, extortion, fraud).

unlawful detainer – the unjustifiable retention of the possession of real property by one whose original entry was lawful.

racketeering – a pattern of illegal activity (i.e. bribery, extortion, fraud, murder) carried out as part of an enterprise (i.e. crime syndicate) that is owned or controlled by the conspirators.

treason – attempting to overthrow one’s state or the United States, either by making or inciting war against the government or by materially supporting its enemies.

fine – a monetary penalty imposed as punishment upon a person convicted of a crime.

forfeiture – a divestiture of property without compensation, in consequence of a default or an offense.

restitution – in cases of unjust enrichment (i.e. fraud, theft), compensation paid by a criminal to a victim, ordered as part of a sentence or as a condition of probation.

Types of Pleadings in Criminal Cases:

criminal complaint – a formal charge accusing a person of having commit a criminal offense.

indictment – the formal written accusation of a felony, made by a grand jury and presented to a court for prosecution against the accused person.

information – a formal criminal charge made by a prosecutor without a grand-jury indictment; technically, an accusation of the commission of a crime, otherwise known as a complaint or affidavit.

[1]: LawHelp.org, GeorgeLegalAid.org, “The Difference between Torts and Crimes” by: Carl Vinson Institute of Government, University of Georgia:  www.georgialegalaid.org/resource/the-difference-between-torts-and-crimes

Back to Home Page